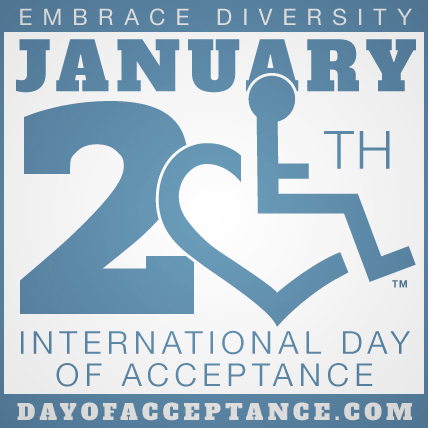 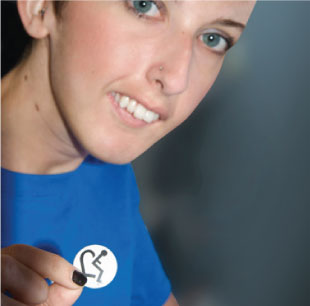 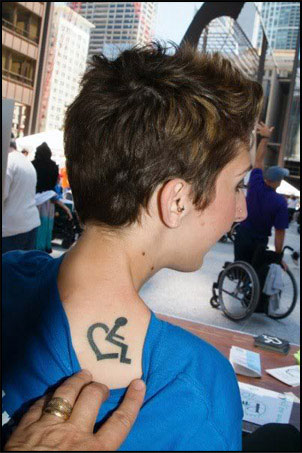 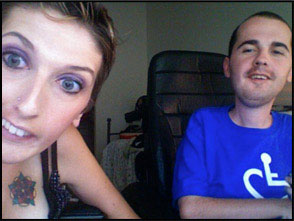 What is January 20th, International Day of Acceptance, and how did it start?

Annie Hopkins was amazing. She didn’t want you to think she was… but she was.

Annie was born into a world that tried to limit who she could be and what she could do. She grew up seeing her peers and role models with disabilities face discrimination daily, sometimes on purpose, and sometimes indirectly. Annie lived in a society where people with disabilities were not portrayed in the media as beautiful, able, or equal members of a community. She entered her teens knowing that she wasn’t expected to pursue a higher education or to live independently. She lived life knowing that strangers thought more about her disability and presumed life expectancy than they thought to say hello as she rolled by.

Annie didn’t care. In fact, she was calculatedly reckless in how she chose to live, always pushing the boundaries of what people thought she could do and using her experiences to educate others. In high school when the choir instructor told her that she probably wouldn’t make the cut, she won every talent show, year after year. In college, she wanted to join a sorority, so she forced more than 40 houses on campus to build ramps so she could participate in rush week. After college, she moved out on her own and created humorous yet educational YouTube videos to show people how she faced her challenges. She never hesitated to test her limits, especially when it came to giving to others… Annie was everything a person hopes to be as a family, friend and community member. She was generous, courageous, and empathetic and she lived how people all wish to live. Annie embodied the very best spirit that humankind has to offer one another, and the world.

Annie Hopkins was an advocate, entrepreneur, artist, and student, who demonstrated what is possible when you love life. In 2007, she recruited her brother Stevie to help her start a company to spread her message. She created 3E Love with the idea that her “Wheelchair Heart” symbol unified people of all abilities and it ignited conversations every day that would help change attitudes for the better. Her ideas didn’t stop there: she wanted to create a disability owned and disability operated social entrepreneurial endeavor that one day, would be successful, would further empowerment and would demonstrate what can be achieved with a positive love for life and changing perceptions.

Social acceptance is the key… not the pity and ignorance with which she grew up. Embrace diversity. Educate your community. Empower each other. Love life!

Unfortunately, on January 20th, 2009, the survival of Annie’s message was threatened when she passed away from unexpected complications to a simple medical procedure. Overwhelming support from friends, family, and the disability community helped keep her ideals alive. Stevie Hopkins, her brother who helped her start 3E Love, took the reins and never looked back.

International Day of Acceptance began in the beginning of 2010. Stevie and his family were not looking forward to the Chicago winter, the snow, and everything else that would remind them of losing Annie. 3E Love and Annie’s message had become Stevie’s primary source of strength and hope during the first year after Annie’s passing, and so he had the idea to change January 20th from a day that represents sadness and loss to a day that represents Annie’s message of empowerment and loving life. If people all over the world would embrace their challenges and accept others no matter their ability, Annie’s message and lifestyle would be alive forever. People on the internet from all over the world responded positively and got everyone they knew involved. Even if they did not own one of our t-shirts to wear, or could not afford temporary tattoos or stickers, they drew the symbol on their hand, made homemade posters, posted about it on social networks, and did everything they could to show the world that they were a part of this acceptance movement. January 20th would now and forevermore be an International celebration to celebrate Annie’s life, her ideas, and the 3E Love movement instead of mourning her loss.

Since then, 3E Love and the Wheelchair Heart has become an international brand and symbol of love, strength, and hope. Over 50,000 people worldwide own at least one item of 3E Love merchandise. 3E Love’s Wheelchair Heart is in every state and 33 countries! Everyone who “wears their heart on their sleeve” does so for different reasons, but they’re all unified by one symbol, no matter their ability.

So on January 20th, 2015, join us in celebration of social acceptance. Get involved by “wearing your heart on your sleeve”!

Tell the world you embrace who you are; a person with social rights, who has an opinion, who has interests, who has goals and who loves life. You are a person who is empowered to make a difference in the world and will not be without a voice in society. You are not living disabled, you are living.

Tell the world that you are accepting of people with disabilities. As our parents, siblings, relatives, spouses, children, lovers, coworkers, teachers, personal assistants, friends, and anyone else – you also have a role in our culture and life. You can start change by demonstrating acceptance and showing the world that you embrace people of all abilities.
Start the conversation of acceptance today!

Thank you for your love and support these past 6 years! Annie’s dream is alive and the 3E Love movement is stronger than ever.

Join the Movement on January 20th »

Get your official Jan20th gear 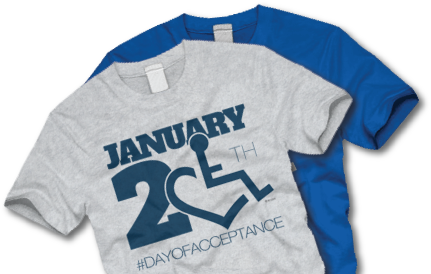